Crop Circles - the Truth, the Reality, the Rhyme & the Reason ~

Crop circles are symbolic patterns which have been forming around the globe in crop laden fields for as long as present day history can recall. They have been increasing in number since the mid 1970's & have attracted all kinds of attention since. Even though 'Crop Circles' is a famous term but the designs are not always circular & thus the more accurate term would be 'Crop Designs or Formations'.

One thing which is immediately clear to anyone (barring professional sceptics!) who steps into any real crop circle for the first time is that they are not man-made. We can't even draw these patterns properly on a piece of paper in a matter of minutes let alone stamp them on a huge area on a wheat field with hairbreadth precision. 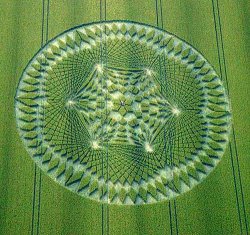 Formed in 2002 near Windmill Hill, Wiltshire

1. The crop circles are formed within the blinking of an eye, a fact substantiated by numerous eyewitness accounts and film footages.
2. None of the stalks are ever broken. They are all gently folded down in a perfectly ordered circular pattern.
3. The edges of the circles are extremely smooth and the demarcation between the rolled over stalks and standing stalks is astoundingly precise.
4. The scale of the circle formation is usually quite huge. Most of them can only be properly viewed and assessed from the air. Some of the formations have up to 400 individual circles strewn across an area over 900 yards. 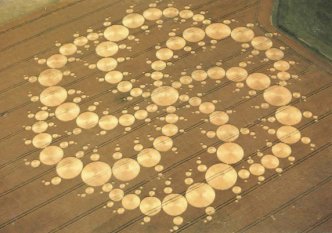 Formed in Sept'2001 at Milkhill, Wiltshire
900ft in diameter having 409 circles
5. The designs are perfectly symmetrical and incorporate advanced mathematics and geometry. 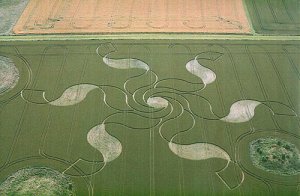 Formed in 2002 near Stonehenge & Barbury, Wiltshire respectively
6. The crop stalks show evidence of being genetically altered.


In the last 30 years alot of skeptics have tried to prove that crop circles are manmade hoaxes, but their attempts have never gone past making jaggedy patterns which don't resemble a proper circle from any vantage point. All that's usually left behind is a messy heap of damaged crop stalks. It is common practice in today's society to dispose any such phenomenon which can't be explained through science or rationality to the rubbish-bin of "paranormal".

Those few who are genuinely interested find themselves contending with a hundred thousand theories thrown at them from a plethora of scholars, engineers, ufologists, newagers, geologists, meterologists etc. No wonder one is always left with more questions than answers. However the answers have always been with us. The only barrier which stands between us and the truth of the issue is the reluctance to accept there is something 'higher' from this dimension and beyond at play ...

it is an interdimensional phenomenon

which is now clearly stating that

divine in form of PT is in charge

the phenomenon started in earnest

only after PT's birth


a year by year breakdown of the responses to PT ~


those who cannot handle the truth

that there is something way higher than them

are making all kinds of

completely debunking them to

monalisa to marilyn monroe to eclipses

to wishful automatic ascension in 2012

a complete waste of time & energy

but they don't seem to mind utter futility

soul evolution and a way out of hell

is not on their agenda

they would rather keep their

rather than open up to the divine light

& get some bliss into their sorry existence

the forces of evil

the crop circle phenomenon from happening -

what are they trying to preserve anyways

their structure is already crumbling down

with their offsprings all on verge of suicide

the fact that they

rule this planet by fraud

is no secret anymore

no matter how hard they try

have their use by date

Crop Circles - the Truth, the Reality, the Rhyme & the Reason ~ 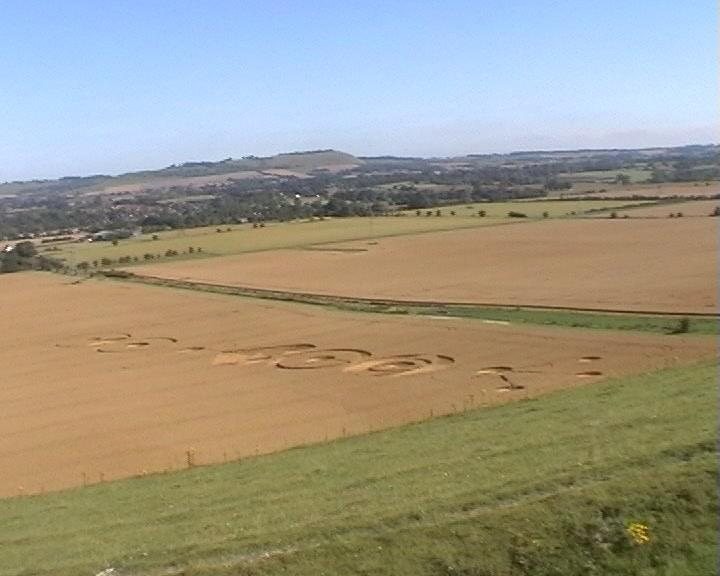 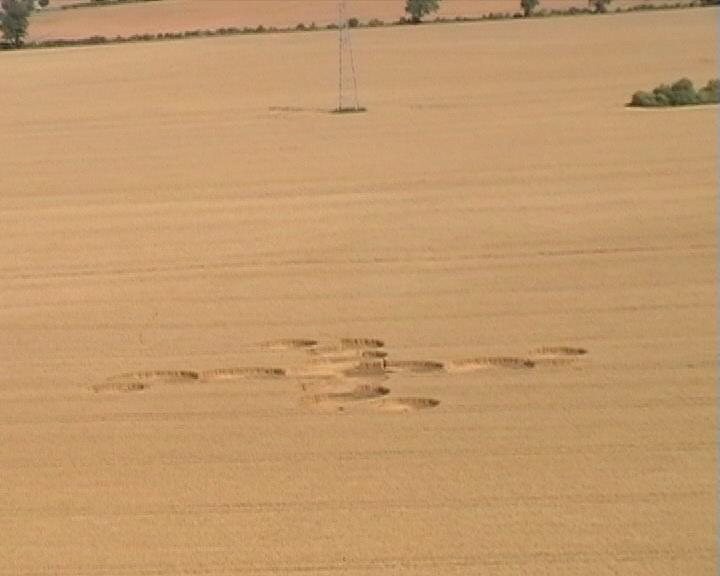 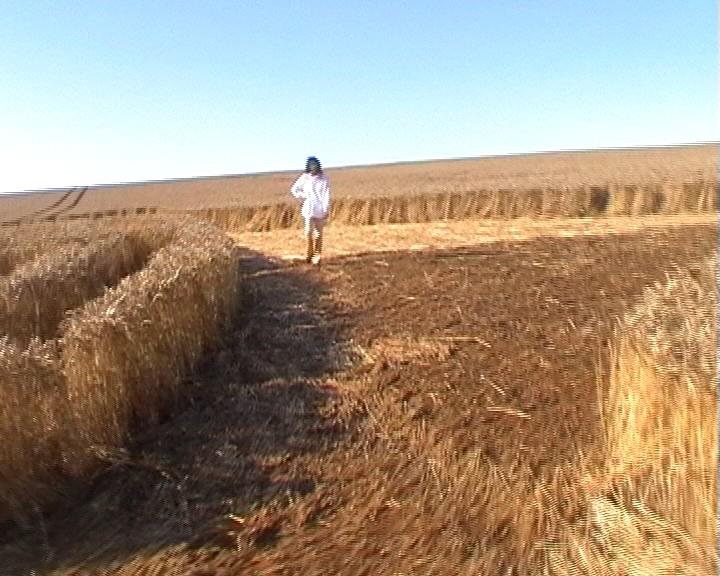 Image Above & below - Star-Shaped Crop Circle adjacent to the Silbury Hill, Avebury 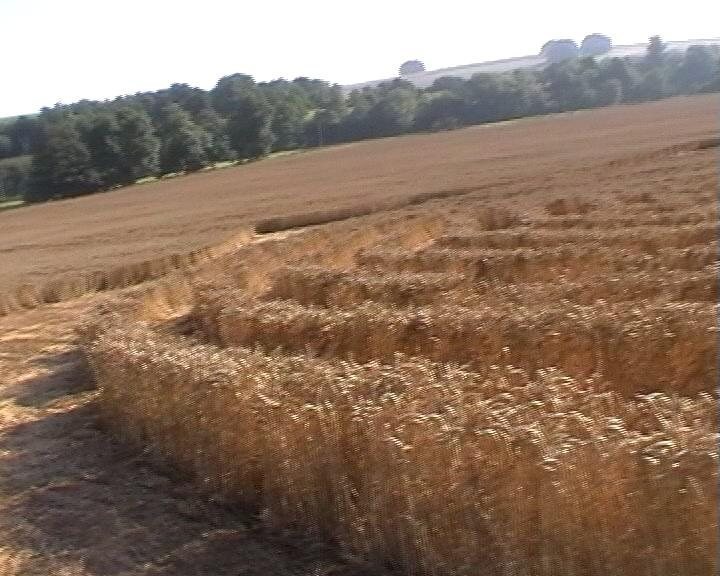